One of the icons of Kuala Lumpur that I probably never heard of until yesterday (yes, I'm embarrassed). I have returned briefly from Japan, my high school friends, Woan Foong (she's the composer of my short films, notably Inhalation and Exhalation, based in the States for the past few years), and Yuan Yue (based in Singapore since 3 months ago), were also back in Malaysia for a short while, so we went to the Yut Kee Coffee Shop for lunch.


Yuan Yue: I'm picking Woan Foong up for lunch, I can come over to your place too.

Me: Hmm, I dunno, man, I've been writing my screenplay. Sort of lagging behind now. Hoping to shut myself away from the rest of the world to write! (like I did in Tokyo...) Where are you going anyway?

Yuan Yue: Yut Kee coffee shop. It's 80+ years old. Looks like one of those settings in your films. I have some craving for Hainanese chicken chop.

Me: Eek, Hainanese chicken chop, I now crave for it too! You know that WF had turned vegetarian, right? What a bummer.

Yuan Yue: Exactly, that's why I need YOU to help around with finishing the special dishes. Like the french toast, the roti babi etc.


So I decided to go.

Well, aside from that, I also heard from Yuan Yue that Yut Kee may have a limited shelf life, and it's supposed to move out of its historic building in less than a year. (Eating Asia has a eulogy of sorts for the place, worth a read)

While we were in the car, on the way from our homes at Petaling Jaya to the restaurant in Kuala Lumpur, I marveled at some of the old, traditional buildings that remained in KL, buildings that are hardly seen in PJ.

"Petaling Jaya is like the New York of Malaysia." I said. Despite being only a 15-minute car ride away, I start noticing some differences between the two cities that I previously never really gave a crap about.

Maybe that's what we're like, having spent so many of our years out of the country, we end up being increasingly perceptive towards our surroundings, we're like semi-foreigners, trying to reconnect. We don't seem to want to take things for granted anymore.

So we reached Yut Kee, finally. 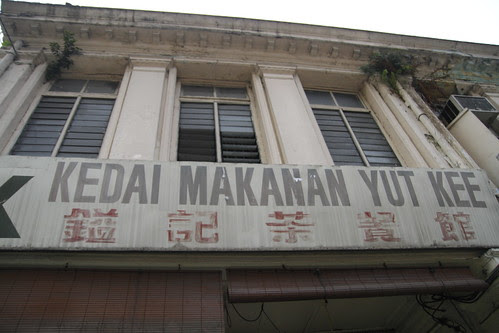 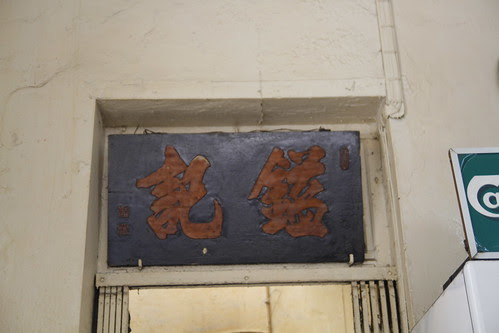 It was, unsurprisingly crowded and we had to share tables with others. 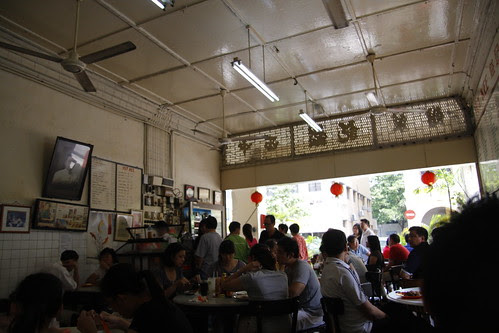 Yut Kee is managed by the Lee Family. Mervyn Lee and his dad, Jack Lee, could be seen in the restaurant. The place, apparently, was also known fondly as Jack's Place. 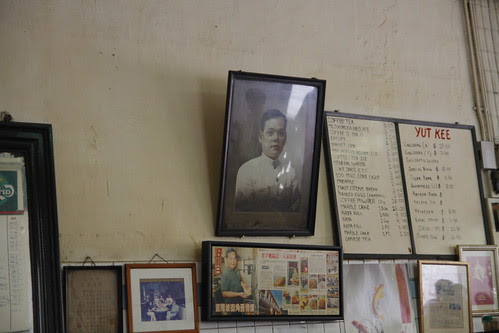 Looking at the newspaper clippings below (which has a photo of either Jack or Mervyn), I'm struck by the family resemblance.

Ordered a couple of their specialties. Like that chicken chop. 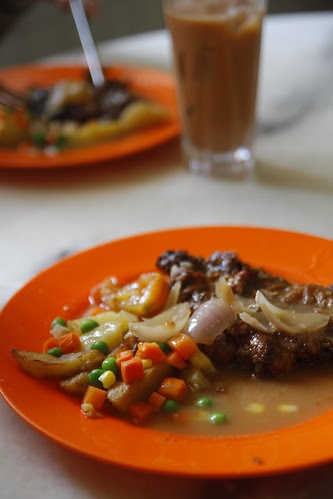 And the french toast. (with homemade kaya) 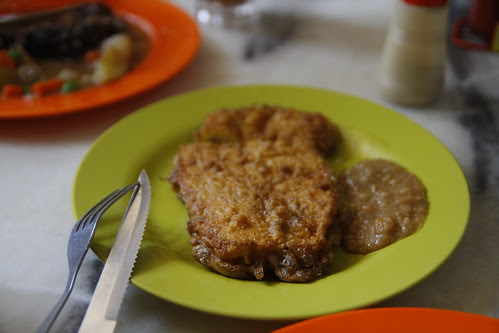 The famous roti babi (literally translated as 'pork bread'). Which is basically like the french toast, but with shredded pork, onions and the like. 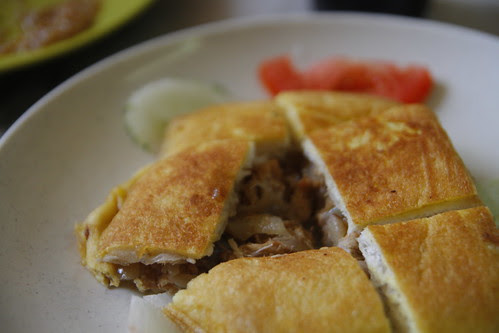 Had a cake and the kaya roll too. 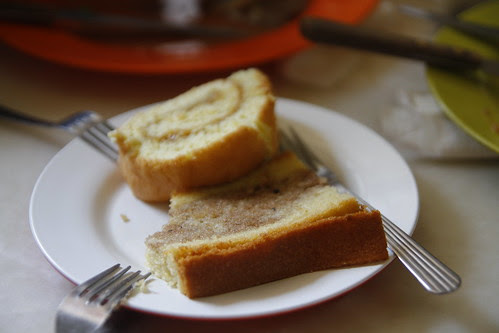 (Suanie had written about Yut Kee too, last October)

It IS a little depressing, to think that this place will move to a newer block, and that its current premise, soaked with 83 years' worth of memories, will be gone.

Food's hopefully the same, but its atmosphere is part of the charm. 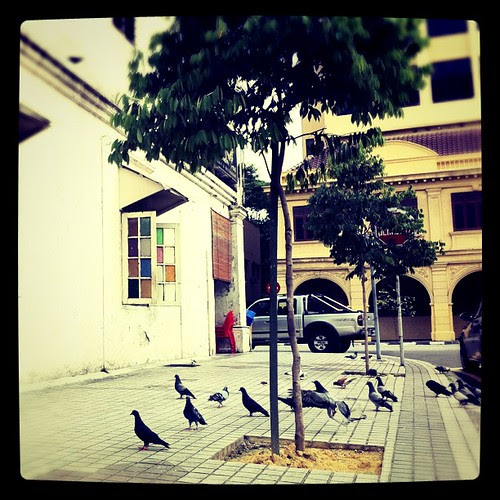