All my life, I have never really remembered the actual date of my parents' wedding anniversary.

But today is their 30th anniversary, so there's no way I'm going to forget it. (it only happened because 2 years ago Mom was emailing me an e-card she made for Dad to celebrate today, and I had a glimpse of the actual date of their anniversary!!) 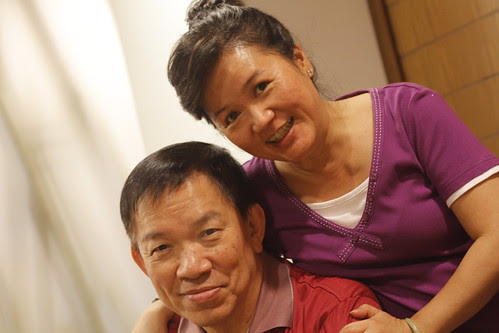 Long ago when I was much younger, as I attended some of my uncles and aunts' dinner celebrations of their 30-year wedding anniversaries, I wondered how we would do it, a dinner too with family and friends? Where I would show a film I direct based on their dramatic courtship? (at that time I have yet to really become a filmmaker, filmmaking was a mere distant dream) 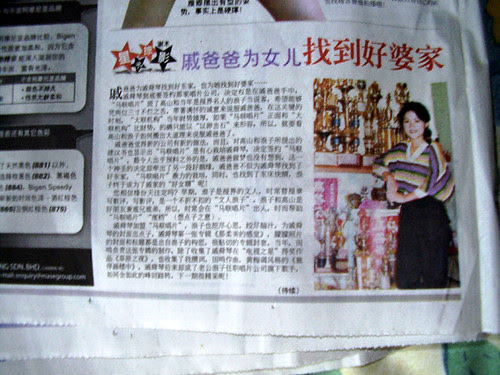 (The story of my parents' "courtship" was on the papers back in 2006. Just to summarize the article: Mom was a singer. My dad, who was a music producer, had to go to my mom's house to convince my grandfather to let her sign with his record label. Finally, grandfather relented. He didn't realize that the man sitting before him would later become his daughter's husband!!!

However, that wasn't exactly how my dad first met my mom. Prior to his music producing gig, dad was a known journalist, and had interviewed mom numerous times.

Yes, being multitalented runs in the family.)


Sadly, now the day has really arrived, I'm half a world away from my parents. My sister too, is abroad. Perhaps it is a full circle, with us out of the way, my parents can just celebrate this by themselves, perhaps it is more fitting that this day belongs only to them and them only, perhaps this is the only thing I want to believe.

Here's a creative collaboration between my parents. My mom singing a song composed by my dad 2 years before their marriage. (it's actually a Chinese New Year song)