Songs sung by my mom 我妈妈戚舜琴的歌

In certain parts of the world, it IS still my mom's birthday.
在一些国家， 现在还是我妈的生日。

Over the years since I started this blog, I usually mention about her birthday.
每一年我都会在这部落上提起这一天。

I might have also mentioned before that she was a singer before she married Dad. And these are her albums.
你们也有可能知道我妈妈戚舜琴曾经是一名歌手。 跟老爸结了婚以后就退出歌坛。 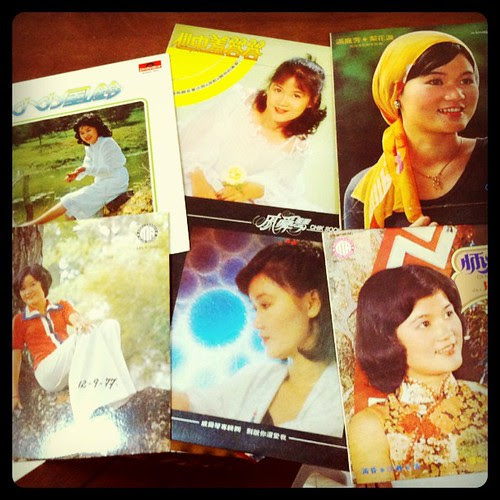 Mom was also on the newspapers a couple of months ago. It profiled her metamorphoses from singer to housewife to becoming a magazine publisher. After discontinuing the magazine, she now lives a life of freedom.
我妈前几个月也上了报纸。 从歌手转主妇到办杂志， 现在过着逍遥自在的生活。 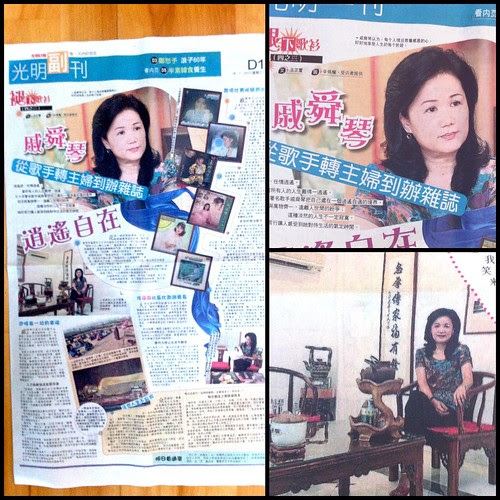 Last year, by accident, I found a fan video of one of Mom's songs on Youtube.
去年在同一个时候， 发现youtube上有我妈的歌。

Today, when I checked again, I realized that in the past few months, a few of her songs had also been uploaded on Youtube.

A little amused, I've decided to make a Youtube playlist of the songs that have been uploaded so far. You can watch and listen to the songs .

Who knows? Maybe I might make a video or a film one day using her songs too.
可能有一天我也用妈妈的歌来弄一部短片吧。 嘿嘿。

Yesterday, in Japan, the third Evangelion film was released as well. The day before that (November 16), singer Utada Hikaru premiered the music video of the theme song that she sang for the film. The music video was shot by director Naomi Kawase.
昨天也是《福音战士 3》在日本首映的一天。 11月16日， 我很欣赏的日本女歌手宇多田光也在youtube上推出她主唱的电影主题曲。 这MV是著名日本导演河瀬直美拍的。 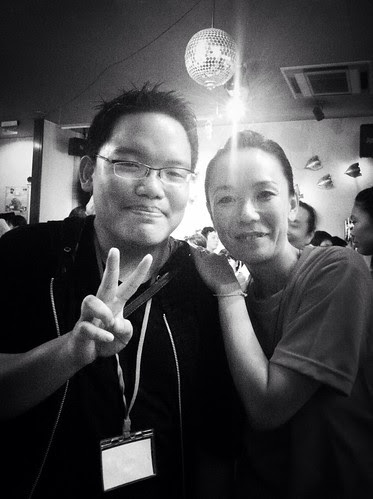 With Naomi Kawase at Nara Film Festival. September 2012. The festival was founded by her.
在今年9月份的奈良电影节与河瀬直美导演拍的照片。 电影节是她创办的。

And it has to do with motherly love. Very fitting. (Utada Hikaru herself does not appear in the music video, but it's as if she's celebrating my mom's birthday too! Synchronicity!)
MV与母爱有关。 虽然光姐没出现， 但她也好像在为我妈庆祝生日。