It it unbelievable that I was having my fifth New Year countdown in Japan already.

You can immediately watch the video here if you are too lazy to read what I have to say.


On December 31, 2008, overwhelmed by crippling feeling of loneliness, I hopped onto a train to go to the Kansai region, stopped by Kyoto and went to Nara for the countdown. I even went to Kobe harbour to look at the sunrise. The first sunrise that I could see in 2009. That solo adventure would end up sparking my artistic soul, as I would start making a few short films shortly after that, like KINGYO and EXHALATION.

December 31, 2009 and 2010, I was invited to Maiko the Producer's house by her parents. Both years, I had the greatest sukiyaki meal I have ever had, and watch the Kohaku singing contest, then have Osechi for breakfast. Very traditional. Very unforgettable.

December 31, 2011, I went to Sojo-ji for the balloon-release countdown ceremony. The sight of thousands of balloons floating in the air was one of the most spectacular that I have ever seen. I was very lucky, this balloon release ceremony had been canceled this year, which means that I might have actually attended its very last event.

It's the earliest Japanese temple that I can remember because I went there during one of my first trips in Japan as a child. I have written about this temple a few times over the years. I was in the area for the famous Sumida fireworks in July 2008, returned in December 2008 and realized that it wasn't open for Christmas, checked out the Sanja Matsuri in May 2009, and the Hozuku Ichii ("Cherry Pod Fair") in July 2009. Would return again in May 2010 when Professor Ando brought Ming Jin around for a walk. July 2011 I was again in the area for the Shitamachi Tanabata Matsuri ("The Downtown Star Festival") at the Kappabashi-Hondori street just a block or two away from the temple.

Therefore, I have lots of nice memories of the place.

When I first arrived, the Asakusa area was relatively quiet. 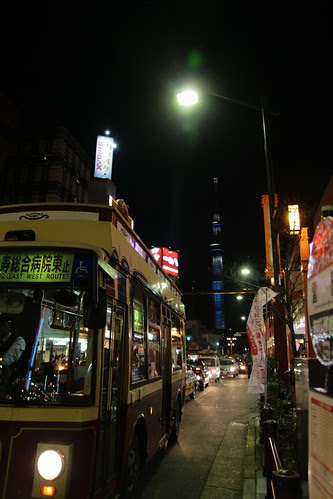 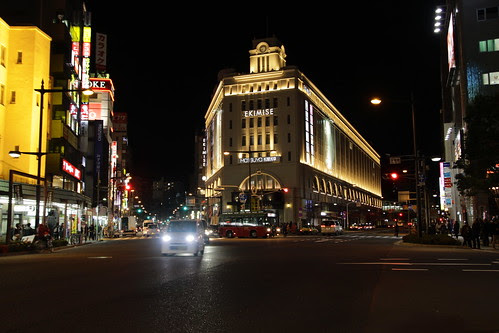 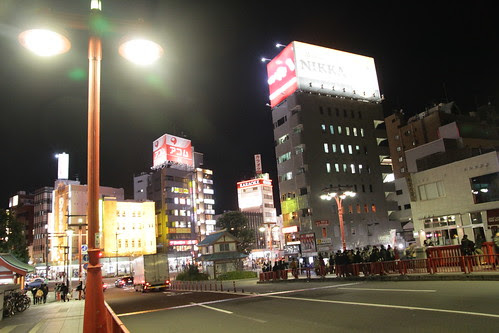 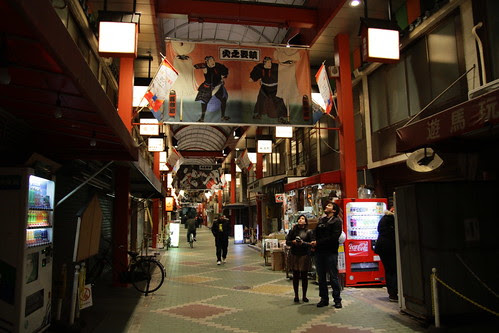 But as I entered the temple, there were already several food stalls around. One of the most endearing traits of a festival in a Japanese temple. 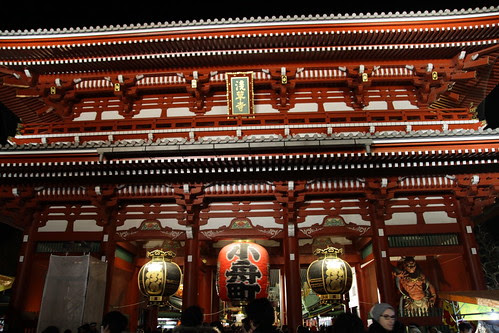 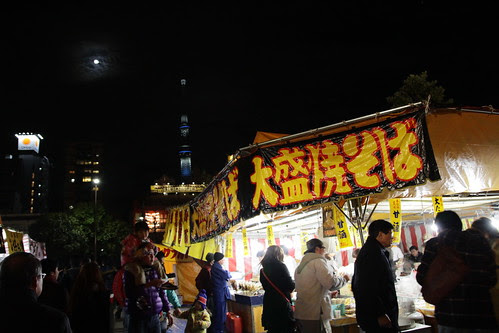 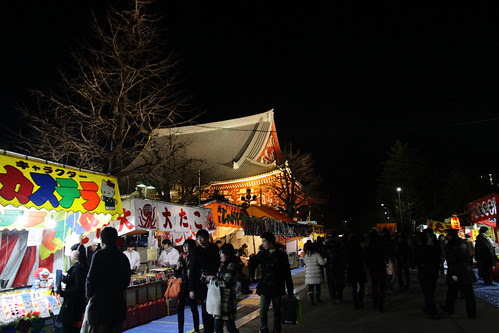 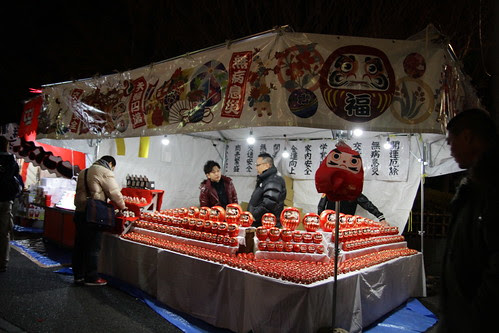 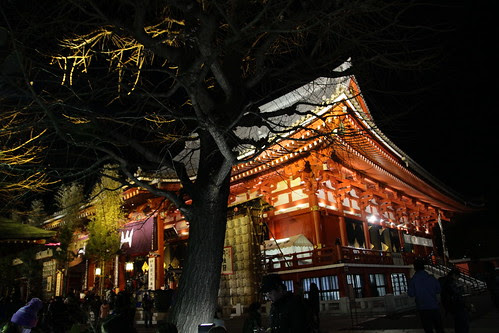 People were already lining up in front of the main hall. The doors were to open up once the clock strikes twelve. 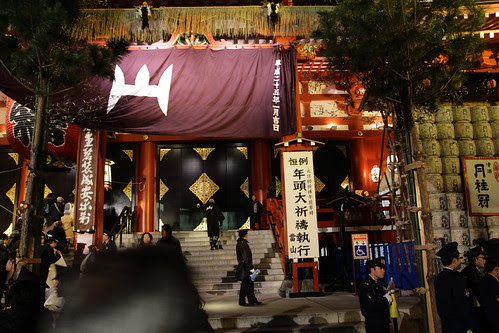 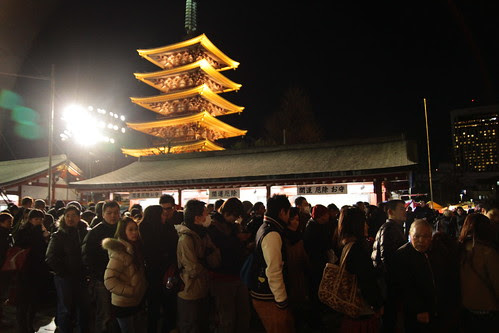 The temple bell would ring 108 times during the arrival of a new year. 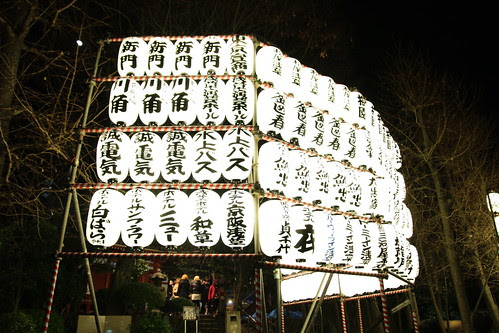 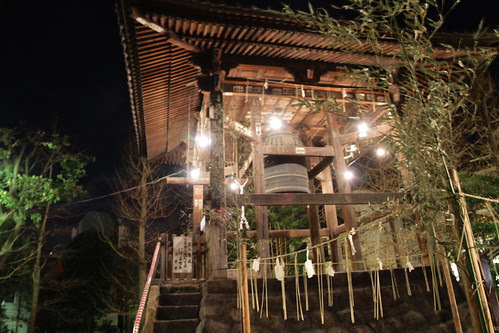 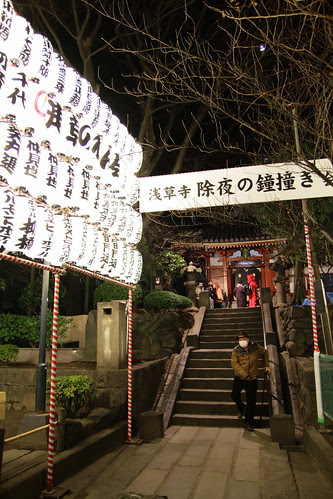 The moon was beautiful. I wondered whether it looked the same in countries across the sea. 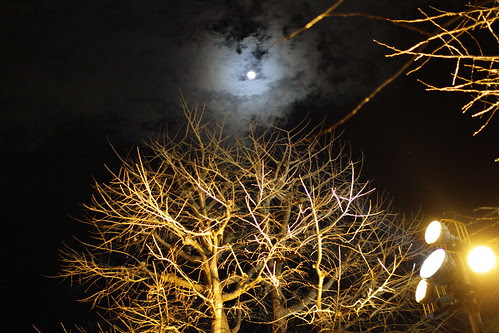 The cops were there to maintain order. 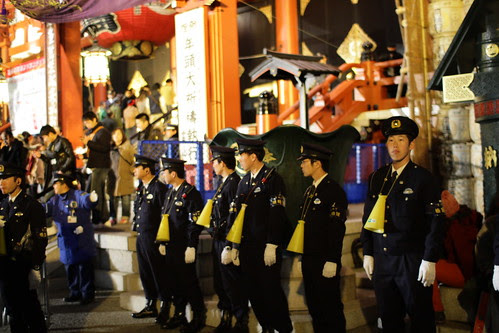 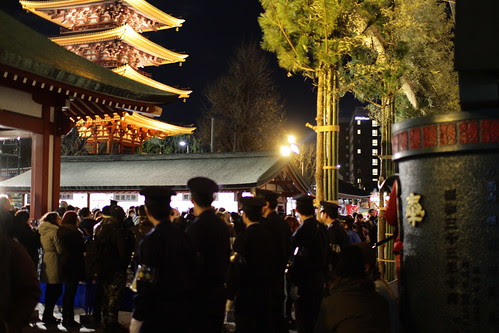 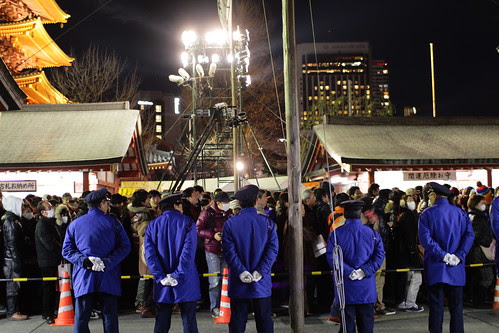 They reminded me of something from a militaristic dystopian world in a science fiction story.

The countdown happened swiftly, just a group of people yelling out, and then everyone cheering. No fireworks, very simple.

That was when the temple doors were open for everyone to go in for their Hatsumode, making their first new year's prayers.

As I left the temple, there were crowds of people arriving. More cops maintaining order in an epic manner. 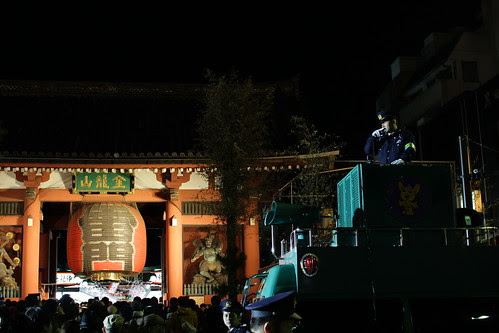 And thus I got the very first 2013 photo of myself taken. In front of them. 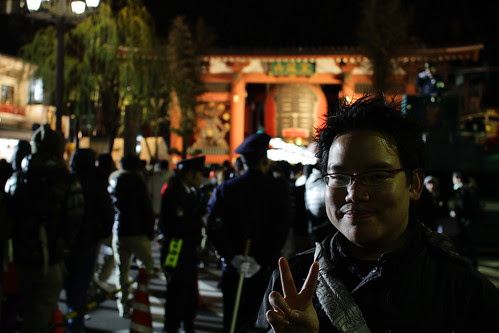