The original plan yesterday was to visit Ginkakuji and walk the Philosopher's Path, but my plans were foiled by a sudden afternoon rain.

So I took shelter at the National Museum of Modern Arts, Kyoto, and also bought a ticket to check out their "Reading Cinema, Finding Words: Art after Marcel Broodthaers" exhibition.

This is how the exhibition was described on the Museum website:

"What kind of relationship is there between the photography, film, video works in contemporary art and cinema, both viewed through the same technical equipment camera? How have the contemporary artists using film regarded "cinema" as the archive of the image and the story? Reading Cinema, Finding Words: Art after Marcel Broodthaers will focus on artistic presentations using photograph, film, video in reference to "cinema" since the end of 1960s to the present.

Many contemporary artists are getting to show great interests in the cinema historically or technically, and many works referring to the films in the past have been produced in order to express their ways of understanding about the work or a perspective about the world as a whole. As setting one of the most significant work by Marcel Broodthaers, Section Cinéma, Musée d'Art Moderne, Département des Aigles (1972) as a key work to consider how the museum of modern art could deal with cinema in the current situation, this exhibition will address the issues such as "relationship between image and text (narrative)", "translation", "reading the archive", "fiction and reality", "still and moving image" through the works of the following artists: Marcel Broodthaers, Cindy Sherman, Pierre Huyghe, Isaac Julien, Dominique Gonzalez-Foerster, Dayanita Singh, Ana Torfs, Miwa Yanagi, Anri Sala, Eric Baudelaire, Koki Tanaka, Ming Wong, Akram Zaatari.

Pushing boundaries with cinema? Sounded like my sort of thing...

I went through each of the featured works, but the works of one artist really caught my eye. Her name is Miwa Yanagi from Kobe. I thought her name was familiar, until later I realized she was behind the Elevator Girls photograph series. I went through this photobook a few years ago at the much-missed Roppongi ABC Outlet (for one year, there was an outlet above the main Roppongi ABC bookshop which sold all paperback for 500 yen, and other art and photobooks for a bit more, lovely place)

One of her video installations at the exhibition was GLORIA & LEON, a 2004 project of hers. When I walked into the room, what I saw was a 25-minute short film shown on two screens (yes, TWO SCREENS, dual screens, not split screens like my short film KINGYO), the film alternated between scenes from John Cassavetes's GLORIA (1980) and Luc Besson's LEON: THE PROFESSIONAL (1994), reenacted by high school girls. The same pair of school girls play Leon and Mathilda, Gloria and Phil. It was said that LEON was inspired by GLORIA, so it's fitting that Yanagi decided to bring these two together.

However, GLORIA & LEON wasn't just a series of reenactments, you also see the "crew members" behind the reenactments, an additional group of school girls who are directing and coordinating this play. So one screen, you see the performance, the other screen, you see the director and the assistant checking out the script and crossing out the dialogue from the script, giving cues to the extras to enter the scenes. It was very meta, a deceptively simple project that turned out to be very complex and fun. It was a video project about the process of making films. Maybe that's why I loved it. It also reminded of the spontaneity and seriousness of high school plays, they look campy on the surface, the acting might not be the best, but the amount of love and dedication displayed by those involved are something difficult to replicate.

I also enjoyed GLORIA & LEON a lot because I wanted to attempt the same thing shortly after I made KINGYO four years ago. Since I already had fun with split screens, I thought the logical next step would be a dual-screen video installation, one named AFTERNOON RIVER, the other would be EVENING SKY. Each screen will show two different short films, but they are actually connected, as the protagonist from one side of the story was trying hard to call the protagonist on the other side. But it never panned out, I ended up making a conventional short film called AFTERNOON RIVER, EVENING SKY instead. 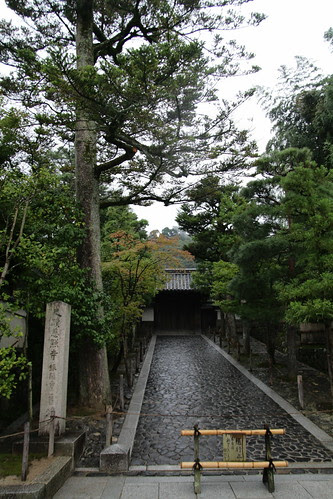 But it was all right, I found my creative juices rejuvenated by the exhibition.
Email Post
Labels: Kyoto