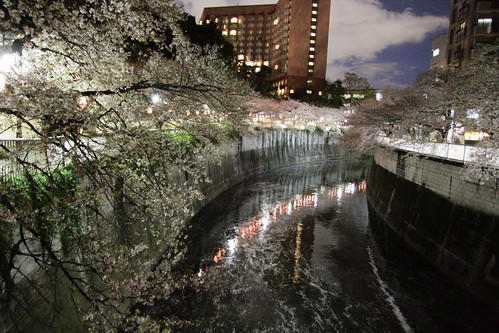 Over the years I have taken quite a few photos of cherry blossoms in Tokyo.

The beauty of the sakura season is that everything is so fleeting, we just have to make the best of it. I guess that's the difference between a place like Japan and Malaysia. Malaysia is a tropical country where everything remains in perpetuity, summer lasts for 365 days, 7 days a week, 24 hours a day, giving off an illusion of eternity, whilst Japan, with the cycle of seasons, and especially the short lovely sakura seasons, is constantly reminding me of impermanence, illustrating the passage of time.


I came back to Tokyo in March this year so that I could recover from the emotional and physical exhaustion that I had after the making of RIVER OF EXPLODING DURIANS, my very first feature-length film. I also wanted solitude as I started editing the film.

Having been gone for more than 10 months, returning to Tokyo had been a strange experience. Technically, my university life ended last March when I graduated with my doctorate, yet I was visiting my lab again (to do my intense editing), and living in the same Wakeijuku dorm (which, once again I liked telling people, is the same dorm that Haruki Murakami used to live in during his university days, and also where Norwegian Woods was set in).

That was why, when I came back from Okinawa and Hong Kong in late March, I felt a little amused by the familiar sight of cherry blossoms.


After all, did I not try to take a of the same tree when I first arrived at Tokyo on April 2, 2008? Also from the same spot in my room? 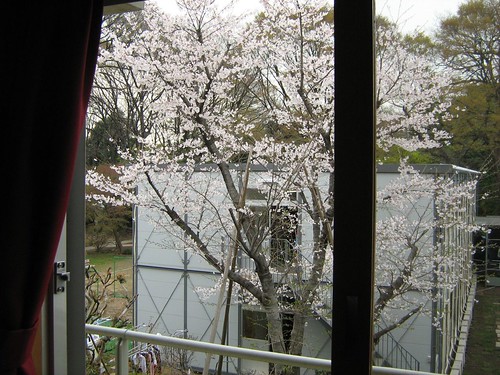 Even so, everything is different, every year the trees seem different from the year before, either there were more cherry blossoms, or less. 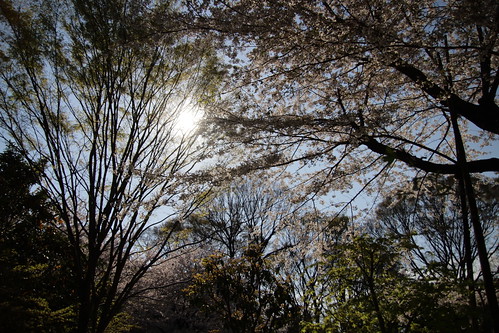 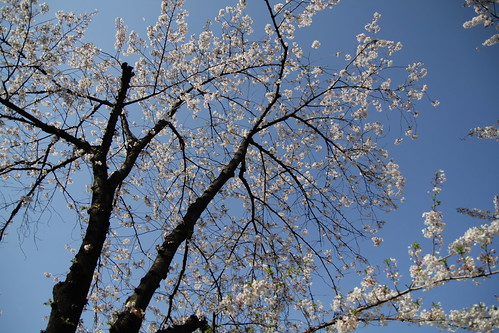 What I love most is the sight of cherry blossom petals covering the river, turning everything into pink. 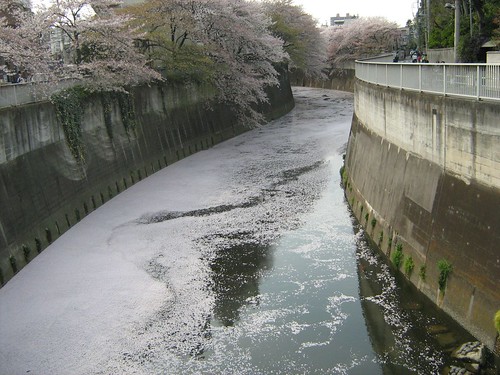 Since then, I never saw that many cherry blossom petals falling into the river again. But it's all right. Everything is still beautiful. 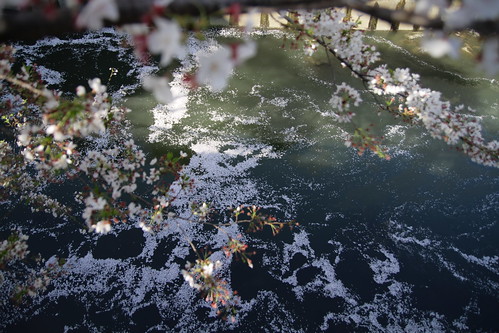 Every time when a sakura season has ended, I wonder whether I would be able to catch the next one. Whether the photos I have taken were as good as the ones from previous years. These damn cherry blossoms, they do funny things to your mind.