My photos of Copenhagen during the CPH:LAB and CPH:DOX 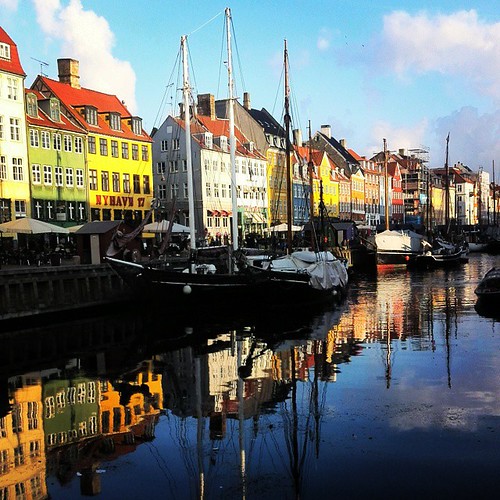 The CPH:DOX international documentary film festival, held in Copenhagen, Denmark, is one of the most prestigious and well-known documentary festivals around.

Every year, as part of the festival, the CPH:LAB (formerly known as DOX:LAB) is held where 20 directors around the world are invited to attend workshops and classes. These 20 directors are paired up so that they can make an audiovisual project together, it can be a feature-length film, a short film, a documentary, a video installation etc.

This year, I was one of the 20 directors who was given the opportunity to participate in this. (and I'm paired up with the Croatian director Sonja Tarokic)


A few years ago, in 2010, Ming Jin and Danish director Jeppe Ronde were paired up in the same workshop and ended up making the short film GIRL IN THE WATER (2011), which I helped to produce and edit. We even won a Robert Award for this! (the Danish equivalent of the Oscars)

(Here's a non-color graded version of the short)


From the same year, there was also a film called GLORIOUS ACCIDENTS by filmmakers Mauro Andrizzi and Marcus Lindeen. It won the best Mid-length film at the Orizzonti section of the Venice Film Festival.


RESISTENTE, a short film by Salla Sorri (whom I met at Berlinale Talent Campus 2009 and met again this time at Copenhagen) and Renate Costa, also from the 2010 lab, had their short film premiered in Venice Film Fest 2012 as well.

This time in Copenhagen, I managed to go to the premiere of OLMO AND THE SEAGULL by Lea Glob and Petra Costa (a couple of months ago, I read an article about her debut feature documentary ELENA and had been very curious to check it out).

The film was done in such a polished manner, with its production values and staging, that, at first, I thought it was fiction.


OLMO AND THE SEAGULL competed and won at this year's Nordic:DOX section.

The other LAB projects screening were THE GOLD BUG, which looks funny.


And STRANDED IN CANTON (which was actually from Ming Jin's year), originally a collaboration between Golden Leopard-winning Chinese director Li Hongqi and Swedish director Mans Mansson, but now, seemingly a sole directorial effort by Mansson. This film was in international competition.

The CPH:LAB itself and rather illuminating. This year, a bit more emphasis was placed on crowdfunding and interactive storytelling.

I also go to play with Lego blocks again in a workshop by Paul Tyler (who was also around during last year's Biennale College).

I was so busy that I realized I didn't actually take any photos of the workshops or classes themselves. Thankfully, Vanja of the Croatian Audiovisual Centre tweeted a photo of me and Sonja at the pitching session, held during the last day of the lab.


Other than that, it was mostly me taking photos of Copenhagen itself. Sadly, only with my phone.

I brought my trusty Canon 7D with me. Unfortunately, I forgot to bring my CF Card. Tragicomedy ensued.

Yup, all these photos are all on my (sarcasm) heavily popular Instagram page.

Other than that, I had caught a few documentaries in the festival, and those too, had been very educational. But I'll write about them some other time.

I just got back from Copenhagen yesterday evening. Slept shortly after dinner. And woke up at 2am.

It's 4am now as I am writing this.

In 2 more hours, I will be heading off to a set for a shoot. There is no rest. Even though I'm jetlaggy.

Apparently I get to take a day off before the shoot. Hooray.