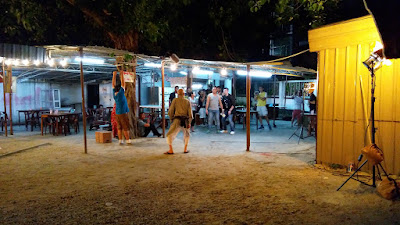 From the 29th of March to 5th of April in the past two weeks, I was involved in the film shoot of Isao Yukisada's PIGEON. Greenlight Pictures and I were the Malaysian producers for this project, which is a segment in Tokyo Film Fest's upcoming omnibus project Asian Three-Fold Mirror.

The photo album for this shoot is going to be constantly updated for the next few days.

PIGEON is a segment of the "Asian Three-Fold Mirror 2016" omnibus film directed by Isao Yukisada.The short film was...