In an era of social media sites, the idea of keeping a blog is so passé, yet it remains.

And so, this blog has accompanied me for a decade, from my time as a directionless university student in Perth, to the gradual realization of my childhood dreams of becoming a filmmaker.

In truth, I cannot really remember how did I end up starting this blog. The first ever post of this blog was me giving a progress update on a novel that I was working on. But who was I addressing? I can't remember anymore. Perhaps the blog was started so that I could update a small circle of friends about what I was doing in Perth.

The first blog post was, in fact, pretty much what would have been a Facebook status update, or a Tweet. My oft-used online pseudonym then was "Swifty", I wanted to update people about my "writings", so the original URL of this blog was swiftywriting.blogspot.com

In 2005, I would then start writing about things I liked, video games, the latest films I saw, the latest books I read etc. Armed with a camcorder, I started making "films" with friends in university, I posted photos of these shoots, writing my thoughts about the experience, proclaiming my excitement and love for doing what I've been dreaming of doing. While making allusions to events of an unrequited love that until today, never had any closure.


At that time I was just enjoying the process, not knowing where everything would head.

I got my best friend Justin (an aspiring writer then, a published novelist now) to also write on this blog, and for a while, this blog was filled with posts that came from our real-life conversations. Of things we loved, art, film, literature, culture. Of things we hated, extremism, conformism, mediocrity, narrow-mindedness.

Since then, people came in and out, writing guest posts for this blog, many of these posts had achieved some sort of enduring popularity. Just look on your right, 2 of the top 5 most-read posts in the past few weeks are stuff that Justin posted 9 years ago.

Once it became apparent that this blog will become a solitary effort. I switched the URL to edmundyeo.com instead.

Through this blog, I also met many many people, quite a few had found me through this blog, some filmmakers and actors/actresses I wrote about on this blog, I would end up working with them years after. As much as I don't think I am defined by this blog, it's quite undeniable that this blog had become a rather big part of my life. It gives me a bit of headache, thinking of it.

This blog has witnessed my highest of highs, and lowest of lows, the losses of loved ones, the completion of one film after another, and the many countries I had the opportunity to visit.

10 years ago, this blog was started by a 20-year-old university student who merely wanted to let some friends know what he was doing in a foreign country. He was always trying to chase his lifelong dreams of making films. But there was much he needed to learn. 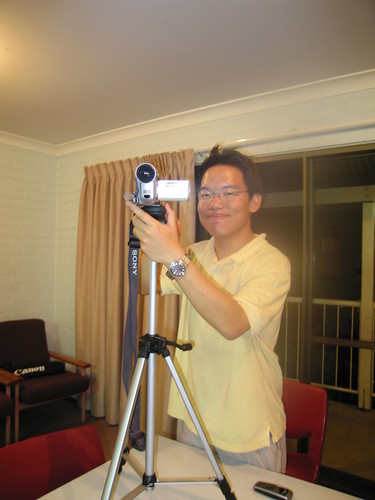 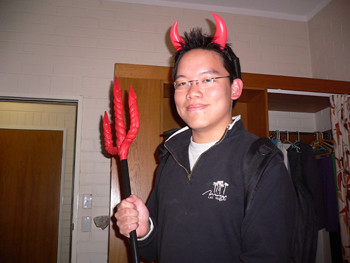 10 years later, this blog belongs to a 30-year-old filmmaker who had just directed his very first feature-length film, countless short films, some TV stuff, produced and co-wrote a few feature films and shorts, went to Cannes, Venice, Berlin, Busan, Tokyo, Clermont-Ferrand and many other film festivals in many countries that the 20-year-old university student would never dream of going.


Yet there's still a lot he needed to learn. Life is like this anyway.

The idea of making films was to capture things and feelings that I want to remember. I guess it's the same with keeping this blog around. To help me remember things. As much as I hate looking at the past, I always find myself drowning in nostalgia. After all, what are we without our own memories?

Up until last year, I was fairly confident that this blog was going to die a quiet death. Most of the online interactions I had were on Facebook. I barely update this blog anymore.

Ironically, while I was about to write that Facebook has killed off my blogging, the sudden addition of the "embed Facebook posts" feature has actually... resurrected this blog. Did Facebook just save this blog?

For the past years, the blog has reverted to more of a personal diary, just like it was 10 years ago. But I could archive the things that I posted on Facebook, so that they wouldn't get lost amidst its rapidly-changing environment. I could come back anytime I want to, searching for what I have written

The more things change, the more they stay the same. Just like 10 years ago, I still write about things I'm interested at, films, literature, my travels, I still write excitedly about my film shoots. While blog traffic in the past month has reached a 4-year high (I'm sure it had more to do with Google resetting its algorithm than people's sudden curiosity on me) The blog will probably remain semi-obscure and semi-anonymous, with me sharing things with the future me, hoping to remind him about things that he probably would like to remember.

Will this blog last for another 10 years? I'm not too sure. But I'll probably just enjoy the ride now.