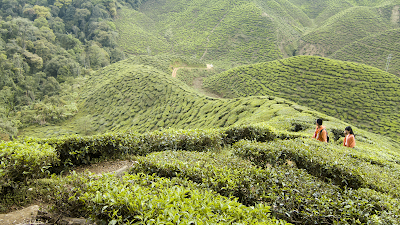 So, here I am, a weeks since I have returned from Copenhagen, and 5 days into a TV movie shoot.

It's been a month since the world premiere of RIVER OF EXPLODING DURIANS at the Tokyo International Film Festival. And three weeks since the third (last) screening of the film at the festival.

I have written about the first screening and the second screening of the film, so I figured I'll wrap things up. I'm writing all these mostly to help myself remember.


On the 29th of October, RIVER OF EXPLODING DURIANS was screened at night. Lead actor Koe Shern and I decided to wait outside the screening hall and meet/greet the audiences after the film ended (which was almost around midnight)

I was particularly happy to see Maiko's sister, Kanako, and mother coming all the way to Tokyo to attend the screening.

The greatest #filmmaking #artist on this Earth is #edmundyeo . "River of Exploding Durians" was #superimpressive.Thanks Edmund you genius! #tokyointernationalfilmfestival
A photo posted by Kanako Itagaki (@kanakoitagaki) on Oct 10, 2014 at 10:08am PDT


I have spent two New Year's Eves at Maiko's house (in 2009 and 2010), and Maiko's mom made some of the greatest Sukiyaki I have ever tasted.

In fact, Kanako and her mother's presence at my screening reminded me of the very first time we met, five years ago. That time, my short film KINGYO was screened at the Wald 9 cinema of Shinjuku, for this Fuyajo Film Festival.

This feeling of deja vu, and appearances of people who played major roles in my past, had became quite a recurring occurrence in my Tokyo Film Festival screenings. Perhaps that is why they had all been so emotional to me.

Professor John Junkerman (who was my professor in Waseda University and was Oscar-nominated for his documentary HELLFIRE), photographer/director Amiy Mori and screenwriter of Digimon, Sailor Moon and numerous other iconic animes Genki Yoshimura, were also there.

Yoshimura-san wrote about the film on her blog, which I translated into English on the above Facebook post. My friend QianYi also did a Chinese translation too.

"The wish for world peace is always pure and beautiful, but when one try to attain it through actions, everything becomes complicated and painful.
Why is there always conflict when we try to change the world and the thoughts of other people?
Why does one always end up being alienated when attempting to change the world?
This is a film which has given me much to think about it.
The 30-year-old director Edmund Yeo is a Waseda University graduate and former student of Professor Kohei Ando.
The lead actor Koe Shern's naturalistic acting ability is really good.
As I was watching the film, I was entirely immersed in its world, as if I myself had become a Malaysian high school student, living my life with the characters."


Directors Isao Yukisada and Isshin Inudo were at the screening as well. Isao Yukisada, of course, directed CRYING FOR LOVE, IN THE CENTER OF THE WORLD, SPRING SNOW, GO and numerous other films that were mentioned on this blog throughout the 10 years(!!!) of its existence. Isshin Inudo directed the wonderful film adaptation of the iconic manga TOUCH, and also ZERO NO SHOTEN.

While Yukisada-san called my debut film "unforgettable", which was a great honour. Inudo-sensei left the following comment on the above Facebook post a few days after the festival. Saying this: "River of Exploding Durians. It was a wonderful work. But, the festival was over. You must travel to the future. I am looking forward to your next work."

The film merely had its world premiere in one festival, and I was indeed already thinking of doing my next film. But at this day and age, under such circumstances, such environment, will I be able to make my next film that easily?

These are things that I still ponder.

And then, some photos taken during the last day of the festival:

In truth, RIVER OF EXPLODING DURIANS' screening at the Tokyo Film Fest had gotten quite a lot of media coverage throughout the week. It was humbling.

And so, I took a photo with the Tokyo Film Fest crew before I left. They had made this a very unforgettable experience that I will remember for the rest of my life. Thank you.