Ladybird's Tears, a short film I wrote and produced

Back in January, I mentioned that I was reworking somebody else's film. The film will end up being called 'LADYBIRD'S TEARS', directed by my Thai friend, Kong Pahurak, and starring Zhu Dan (who can be seen in my upcoming short THE WHITE FLOWER, which Kong acted in as well). 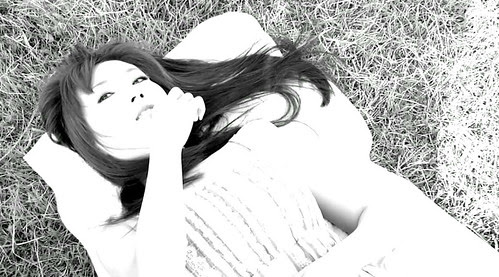 In the previous post, I mentioned that LADYBIRD'S TEARS were assembled from footages of Kong's unfinished experimental short film STARDUST MEMORIES. I saw some potential in what he did, and decided that it would be a bit of a pity to leave the film in the can. The pictures you see here are actual screenshots of the film.


So I ended up writing and editing a brand new film out of what he shot. It was rather challenging, but a short brainstorming session made us come up with a simple story. 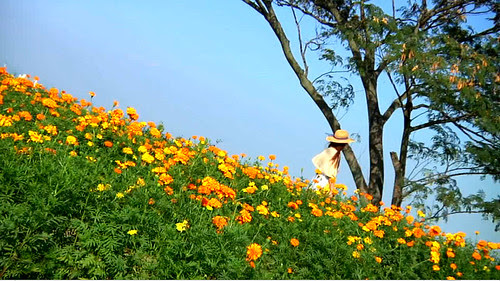 LADYBIRD'S TEARS became the story of an aspiring filmmaker who is chronicling a low-budget sci-fi film that he was unable to finish, and also his musings of the film's lead actress. The 11-minute short film is narrated by Kong himself (he translated my writings to Thai). It's almost meta, but still somewhat fictionalized. It's not really a narrative fiction, nor is it an essay film like my film FLEETING IMAGES. It's more a stream-of-consciousness kind of thing.

I used music from the French composer Lili Boulanger (1893-1918) because at that period of time, I had fallen in love with her works and was also fascinated by her tragically short life. The following is one of the pieces I used.

Click here if you can't watch the embedded video