Yesterday afternoon, Kong continued shooting the second scene of his 3-scene one-minute short film. (the first scene is of a girl in a shower encountering a slasher).


No showering girl this time, alas, but what we have was a hobo boxer played Kong's fellow Thai countryman, Pichaya. 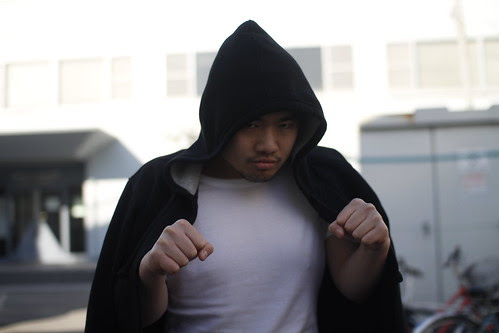 This scene was bigger scaled than the last, Mahmoud served as the cinematographer this time. 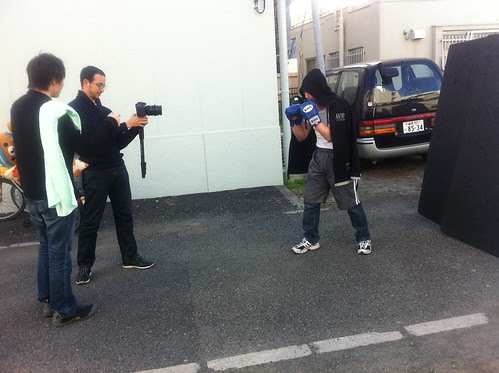 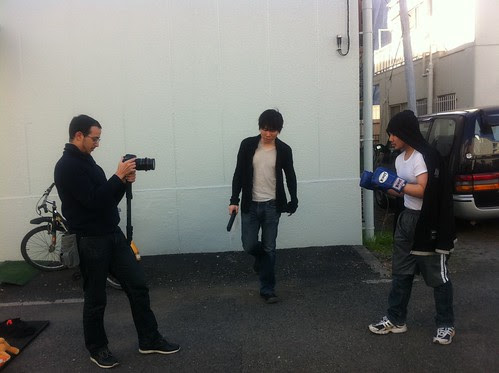 Towards the end of our shoot, another fellow Thai friend of ours, K. K. (I cannot pronounce his full name) joined in. 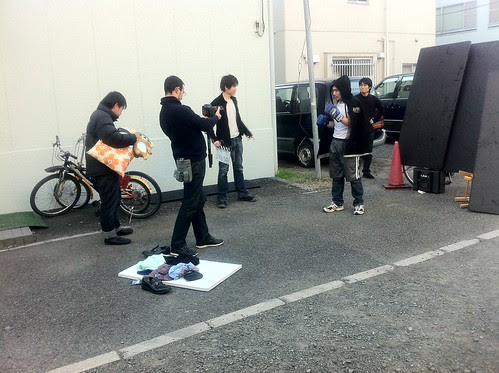 So the entire sequence of the scene is like this: Random cute things are being thrown at a hobo boxer (initially by Kong himself, but later, by K. K.), to the point where they knock down the cheap set behind him, then the camera whirls, Kong breaks the fourth wall and appears as himself, the director shouting about a ruined take.

In the background lurks... me, a guy shooting the behind-the-scenes with an iPhone.

It's all very meta. And it was a sexy cameo that I cannot resist.

So here you go, another short 8-minute documentary of mine that chronicled the behind-the-scenes of yesterday's film shoot. You will see the preparations, the numerous takes involved, the tragicomedic accidents involved, and conversations between cast and crew between takes. Instead of being in Japanese like last time, this time the dialogue moves back and forth from English to Thai.

It's all very real, and I'm getting the hang of shooting stuff with my iPhone.

I edited this with a usual Final Cut Pro, took much lesser time.