An empty high school canteen, a basketball court, and the passing of time.

It's not everyday that you get invited to attend a high school play, so when Moon Lai (THE TIGER FACTORY's lead actress) told me about her younger brother's musical play, I was intrigued to go. (I will write about the play in my next post.)

I've never been to Chung Hwa Independent High School at Kuala Lumpur, so my attempts to go there yesterday afternoon was somewhat comical. I looked at Google Map, identified the closest train station, and found my way there. Once I reached the station (Sentul Timur via Rapid KL on the Ampang Line, if you were wondering), I started making phone calls to friends, wanting to make sure that I was at the right place.

The first two friends of mine had never been to the place.

So I called Ah Guo the Production Manager, who knew every place in everywhere, being a production manager and all. But she usually drove to the place, and not travel by train, so her directions were vague.

I then called another friend, who graduated from Chung Hwa. She was in the middle of a meeting that lasted for an entire day.

The final phone call I made confirmed that I was at the right place.

I reached the school and it was already six thirty in the evening. After having a light meal at a roadside stall (the food was absolutely cheap since they catered to students), I headed into the school. Just to explore.

The sun was setting, casting a nice golden glow into the empty school canteen. 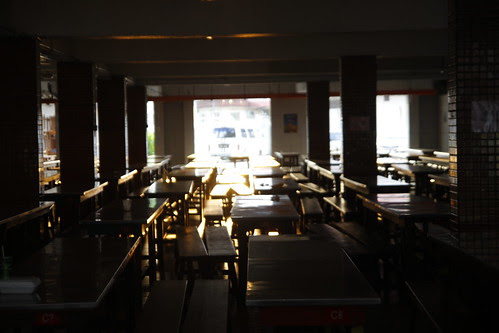 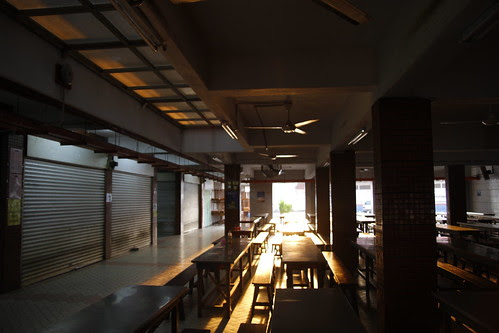 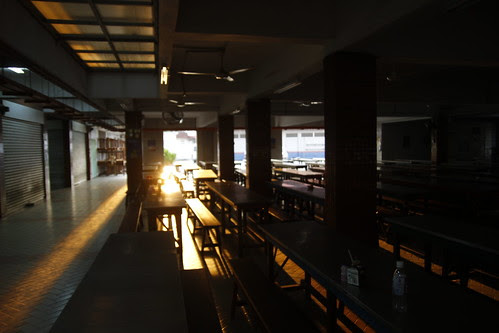 Well, it wasn't exactly empty, and this blog post title is somewhat inaccurate. There were a few students hanging out at the corner, chatting and laughing softly, while I find myself a little mesmerized by the image.

It's been ten years since I finished high school. Don't think I've ever stayed there late enough to see the evening sun. Or maybe I had, but I've never actually noticed them back then. It's like life.

I walked out of the canteen and past the main building. 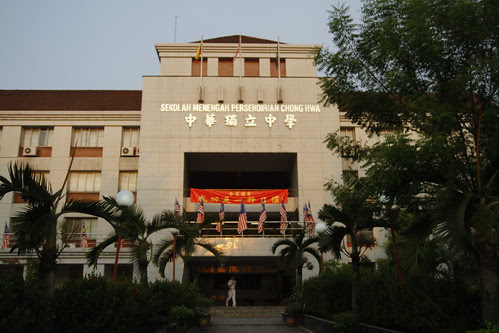 And to the basketball court, where some students were still playing. 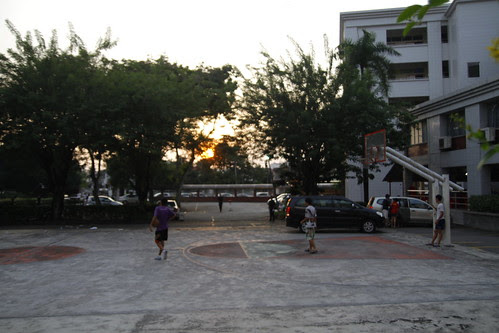 There was a basketball court close to my house, where I've always used to play with my friend Meng Hui during evenings, until the sunset, until the streetlights were on. Meng Hui lived a couple of houses away, we went to the same primary school and secondary school. We then went to different colleges, and we gradually stopped playing basketball together. After Perth, after Japan, hanging out became a rarity, a once-in-a-year occurrence. Or maybe even less.

He had gotten married just a couple of months earlier, didn't know about it until he mentioned it on Facebook. I'm bad at keeping track of things, or people.
Email Post