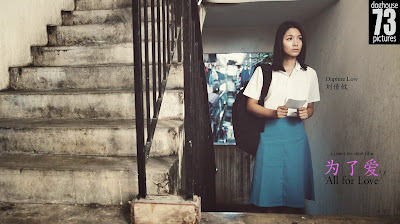 A girl sends her old SLR camera to a reclusive camera repair master. In the course of getting the camera fixed, the girl develops a special relationship with the master.

Of course, you have to watch the 12-minute short film yourself to know the nature of this special relationship.

The camerawork in this short film by James Lee regular Tan Teckzee (who also shot the Malaysian segment of my short film LAST FRAGMENTS OF WINTER) is really good.

The lead actress is Daphne Low 刘倩妏, who was in FLOATING SUN as the teen version of the protagonist Fiona (adult version played by Emily Lim). 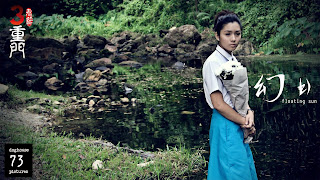 She will also appear in my upcoming RIVER OF EXPLODING DURIANS as one of the leads. I think Daphne's pretty luminous in ALL FOR LOVE. Her trademark school uniform too.

ALL FOR LOVE also stars local veteran actor Mike Chuah and Kenny Gan (the lead in James's 2011 film IF IT'S NOT NOW, THEN WHEN)

These are the Facebook statuses that James posted in the last few days leading up to the release of this short film.

And my posts too, on Facebook. You can check the comments on these posts to see me and James having a very in-depth discussion about his film.

For more of Daphne, you can go to her Youtube channel and check out her short videos.